Understanding Fair Use in Journalism

Understanding Fair Use in Journalism What is the W.H.O.? The World Health Organization Trudeau: Canadians are Angry with the Unvaccinated American University Center of Social Media has released (June 2013) a new set of tools that seek to help demystify fair use for journalists — and to help publishers see how this doctrine actually can help online reporting instead of hampering it. 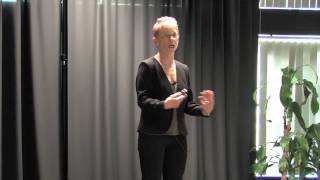 The following is an excerpt from a CBC article posted on the CBC Editor’s Blog on September 19, 2013:

There’s the matter of what constitutes “publishing” these days. Ten or fifteen years ago, that would have been restricted to books, magazines, newspapers, broadcast outlets and their primitive websites. Now, with social media, all of us are capable of sharing our photos, videos and words, and many of us do. Technically speaking, whoever takes a photo and posts it on a social media site holds the copyright to it. While we can’t expect that our Facebook postings, YouTube videos and Twitpics will remain within our circle of friends, does it mean news organizations have unfettered rights to use them, as they frequently do if we suddenly become newsworthy?

Our colleagues at the BBC, who have developed some guidelines on the use of photos from social media sites, which include these cautionary words:

The publication of a picture on a personal website of social networking site does not necessarily mean the owner of that picture intended it to be available for all purposes and circumstances – or understood that it could be.

We have the responsibility to consider the impact our re-use of a picture to a much wider audience may have on those in the picture, their family or friends – particularly when they are grieving or distressed.

While CBC News may not have explicit written guidelines like these at the moment, our journalists do wrestle with those issues on a daily basis. We’ve even been asked, on occasion, for payment when we’ve used these materials, which we’re not inclined to do, as they were produced and shared freely.

All of this demonstrates how the practice of journalism is ever changing, and has come a long way since the days since it consisted largely of telling people ‘Lord Jones is dead’ to people who didn’t know Lord Jones was alive, in the immortal words of G.K Chesterton. I would have asked his permission to use that line, if he hadn’t died more than 75 years ago!